Where did you grow up?
I grew up in Kirkintilloch in East Dunbartonshire. It's a small town with another neighbouring it (Lenzie) so I spent time in between them. I didn't like it too much. It's got some lovely natural spots nearby, but I was always quite scared of the people. Some were okay but there was also a lot of being laughed at in the street and avoiding being seen.

School daze – were you a ‘could do better’ case or a ‘swot’?  Schooling is formative, how formative was yours?
I loved the structure and stability of school, I liked rules and plans and schedules. I did not like the social side of it at all. I had a lot of stress and pain, especially in the second half. I was sexually, physically and psychologically abused by a boyfriend at that time which made it even harder, to feel trapped in the school with him. My refuge was the art department. I'm still friends with some teachers too.  Nobody really knew what was going on and those who did kind of swept it under the rug. So I think that silence and ignorance put some bad coping mechanisms into my mind which really blew up later in life. I was a good pupil throughout school, and I do think that structure held me together, even if I started to slip before the end I was still trying to be in classes on time and get my homework done despite the coercion and manipulation I was experiencing outside of the classroom. I appreciated the art classes and department for being my escape, and they supported my early creative journey so strongly as they could see something in me, a natural talent and focus on painting and drawing.

What do you currently do and how did you get there? (great to hear here about how you got to where you are at).  Was it/is it your dream job?  At what point did you decide/discover that this was what you wanted to do in life or not want to do as the case may be?
After high school, I was still floundering from the abuse, not realising I had PTSD and only an inkling of understanding depression. I went to Duncan of Jordanstone art school in Dundee straight away, and after an incredibly stressful and lonely first year, I did Time-based art and digital film where I explored making films by myself. I was really bad at collaborating. It was always an upsetting and frustrating process, so I only ever wanted to work alone. I had another mental illness setback in my last year but I managed to scrape through with a degree after my final exhibition was filled with self-harm and depressing honesty. More flailing after that. I worked nightshifts in ASDA for a while back near my home town, and then  (Again more stress) later moved back to Dundee, and in 2015 I finally had a flat to myself and it was the first time in my life I could feel calm, or even relatively safe, because I had my own boundaries and territory to decide the rules on. I did a lot of painting portraits in high school which I was praised for, and so I had returned to painting and drawing and that's what I do now.

I have so many styles and content and I think that's indicative of my mental health problems. I've been approached by people with similar psychological problems who relate to it, and so that must be why, it can be very scattered, and raw, then dream-like, then an overload. I like having lots of different styles. I don’t think I could pick just one style to repesent me. I also write. I kept diaries during my high school abuse and they are enlightening, and I've always kept notebooks and sketchbooks, so I started a blog recently to finally get around to sharing some of it, until I write a novel anyway. So I work 2 nightshifts a week to cover the bills, and the rest of the time I feel I'm slowly getting back onto my feet. I've not set time-limits or goals for artistic or literary achievements. I'm being kind to myself, and forgiving, to take as much time as I need to know how I want things to go.

Give us the run down on what your working day entails. What is a typical day/week, when you start, finish etc?
They are scattered. I'm really bad at keeping a personal schedule, that's why I somewhat miss the academic quality of high school. I want an adult school. Or just a teacher to check in on. I have counsellors who help with that though. I get up when I manage to hear the alarm through my loud dreams, and I go to sleep when I snap out of a daydream and realize the time. I create art sporadically. Sometimes not for days or weeks, and other times continually until I realize I've forgotten to eat or take a shower.

What you working on now?
I would love to eventually hold a solo exhibition, ideally this year but again, I don't want to pressure myself as I'm really hard on myself a lot. I've been creating really colourful fantasy scenes automatically from my subconscious and imagination with markers. I really enjoy seeing what comes out of my hands. I'm also trying to write a short piece of writing or personally essay per week to put on my blog.

What are your future plans?
I want to travel, and hold exhibitions and write novels and be around animals daily, but my biggest crux is overthinking, so I don't like to worry about how I am getting there on a daily basis. I've been through a lot and I know I need time to recover, and be comfortable with who and how I am.

Do you need qualifications to do what you do? If not how did you train?
I've been thinking about trying for a qualification in animal care. Just because I love them so very much.

Other jobs prior to this one?
A variety of customer service retail jobs which would basically be a ticking time-bomb. I have social anxiety too and I get severely stressed out being stuck in a social situation. I was always overheating and close to tears at these jobs, culminating in panic attacks and sick days. It's how I ended up on night-shift, which is good as there are very few people and I'm left to just get on with stuff. I make art alone too and there really isn't a better way for me.

Advice to your 15 year old self?
No-one who matters is going to be angry at you. Just tell someone. 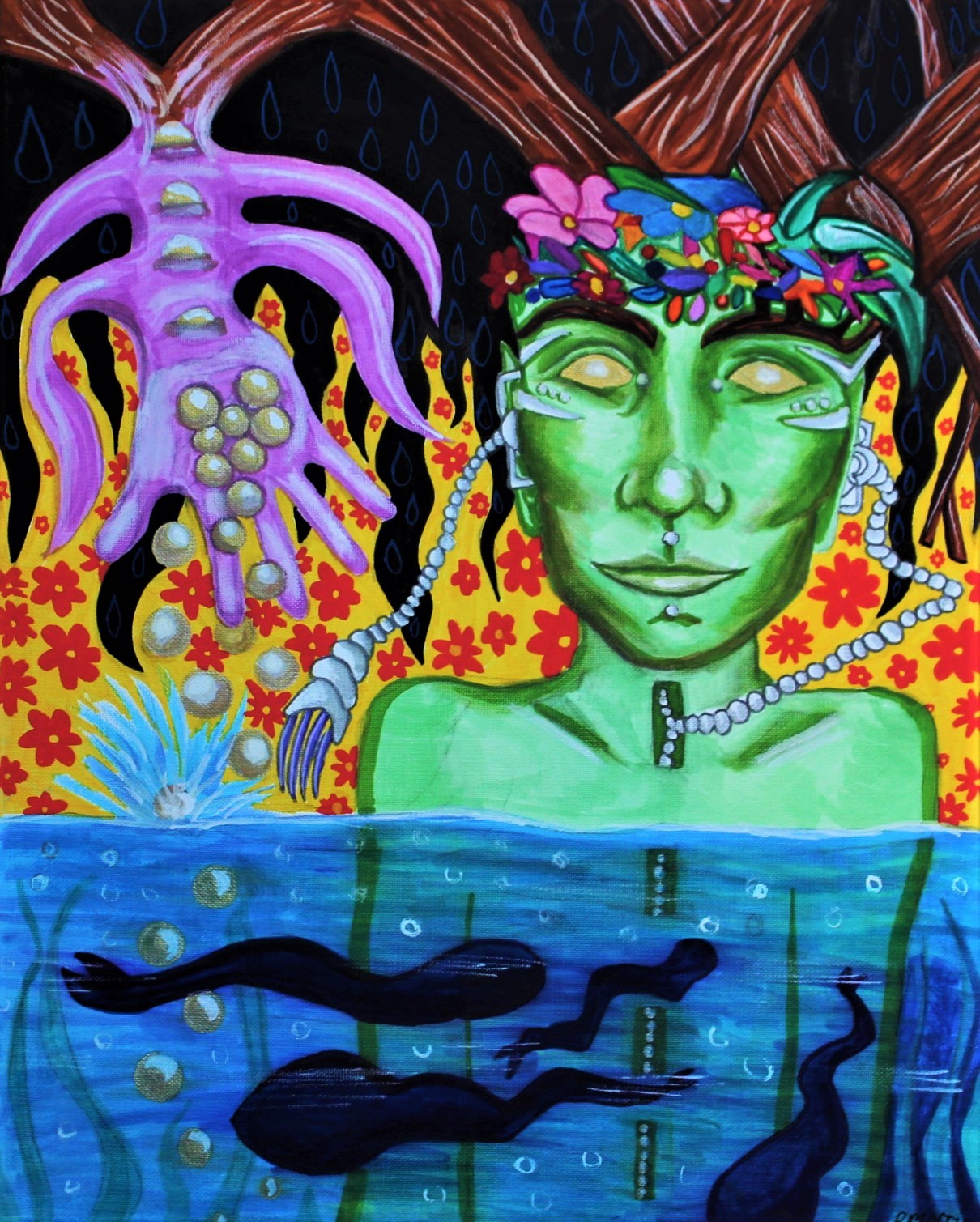 I like having lots of different styles. I don’t think I could pick just one style to repesent me.